CHILDHOOD HEROES at the COMIC CON 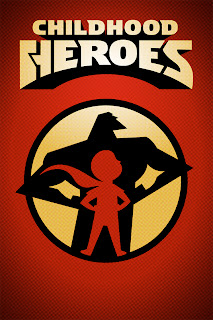 We all have created characters when we were children.
Scribbling away in class, making up stories.

Here is a book taking our characters we created as kids and rebooting theme to our tastes today!
This is an anthology book made by friends and me in the Animation and Comic Industry.
It is available at the Tr!ckst3r store in San Diego and my booth at the San Diego Comic Con, booth #1943!

Fellow Pixar Story Artists and Childhood Heroes creators, Austin Madison and Everett Downing will be at the booth along with myself to draw commissions, autograph merchandise, sell our comic books and to hang out with you guys! 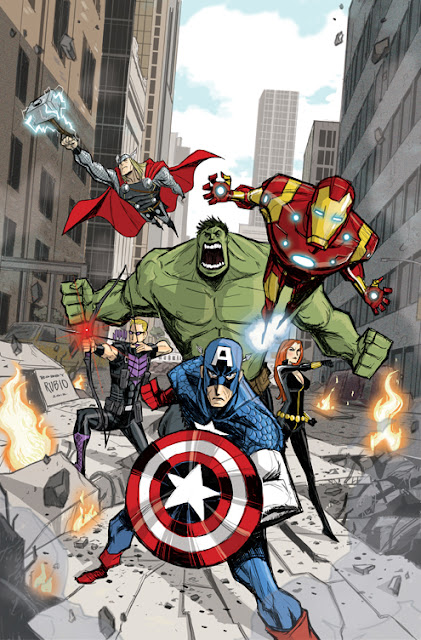 Here is my cover to Avengers Assemble #9!

This is my second Marvel cover work and I had a blast doing it!
For backstory, here is the interview I did with Comic Book Resources: http://www.comicbookresources.com/?page=article&id=40758

Mustn't be afraid to dream a little bigger, darling 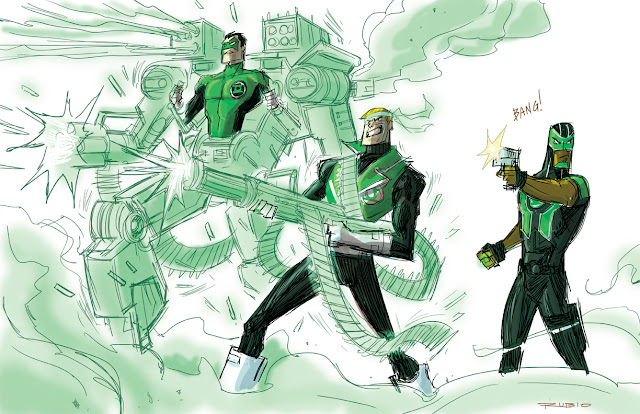 Just so you guys have a point of reference,
there is a New Green Lantern in the DC Universe and he carries a gun...

Why would he need a gun, when he has a power ring that can make ANY weapon that he would need, you ask? 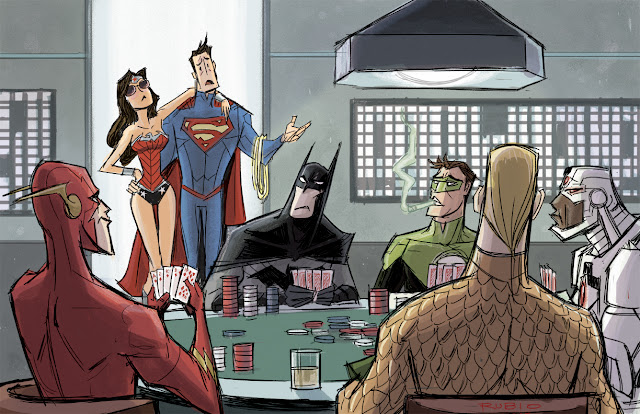 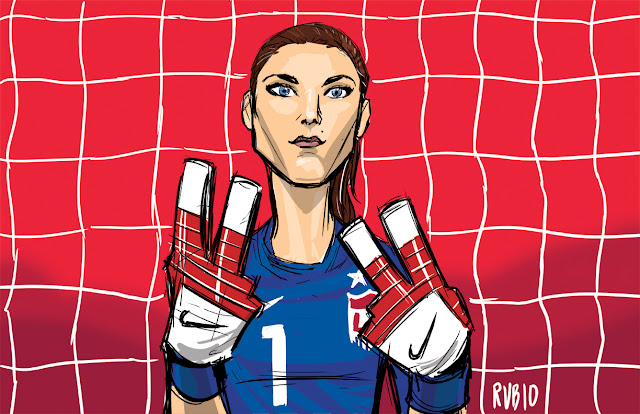 My drawing contribution to The Gentlemen's Drawing Club!
http://gentlemensdrawingclub.tumblr.com/
The amazing athlete of the USA Women's Football Team, Hope Solo!
Posted by bobbyrubio at 5:40 PM No comments:

Hey guys, well another Comic Con has come and gone.  I think I have finally recovered from all the madness that is the Comic Con.  I had a wonderful time and would like to thank all of you who have supported me and my comic book dream throughout the years.  This year was especially sweet, because I FINALLY finished the first story arc of my comic series, Alcatraz High! 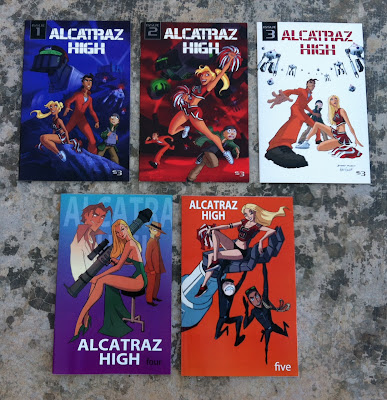 Nine years ago, I started this series, about a couple of outsiders named Miguel and Steve and their adventures in a high tech, high security high school.  I gotta admit, finishing the story arc was bitter sweet, I am saddened by the thought of the end of the story but excited to share it with my friends, family and fans who have come to love the series. 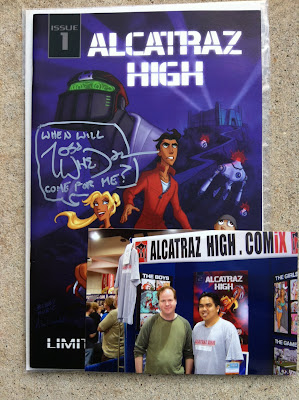 I had found this Alcatraz High comic in one of my Comic Con comic boxes, the morning of Premiere night.  I had forgotten that I had this, one of my favorite moments of my comic con career, meeting Joss Whedon!  I am a huge fan and to have him stop by my booth to buy my comic, just blew me away.  I posted this on my Twitter and Facebook to start off this con on a good note and some luck! 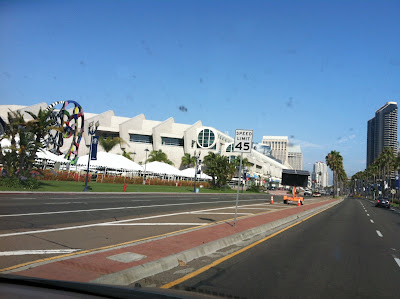 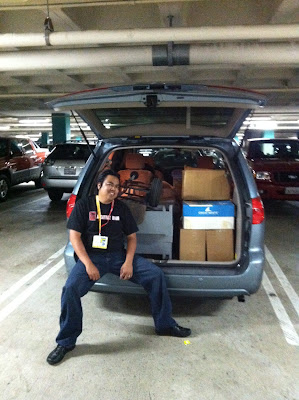 This is me, with my van full of Comic Con goodness, boxes of Comics, some art prints, my booth display... I had tweeted, " Look what I did to this city with a few drums of gas and a couple of bullets." 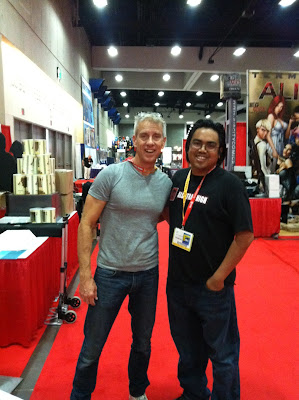 Ran into Chris Sanders, director of "How To Train Your Dragon" and "Lilo and Stitch", who was setting up his booth that morning as well... 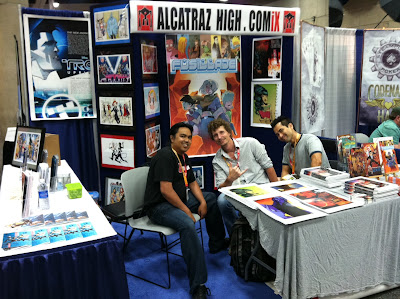 This year, I shared the booth with two amazing creators, Robert Valley and Howard Shum.  Here is a shot of us before the craziness of Comic Con started.  I want to thank these guys for being so cool and they are welcome to share my booth at Comic Con anytime! 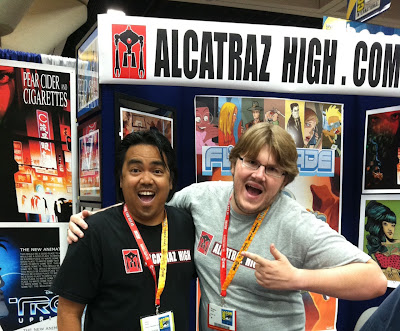 Definitely a highlight for me is meeting fans!  Especially those who have followed my work for YEARS, I am grateful for you guys' continued support through the years.  Making a comic after work hours isn't easy, and you guys make it all worth it!  Wassup Chris! 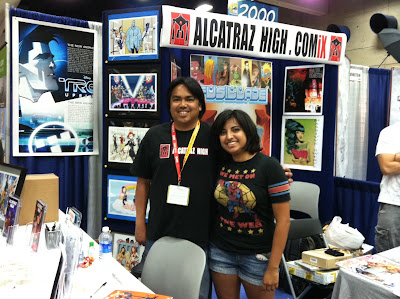 I don't get to wonder around the con much, usually I have to man my booth and step out for mostly bathroom breaks, so it's always a pleasure to have friends stop by the booth. 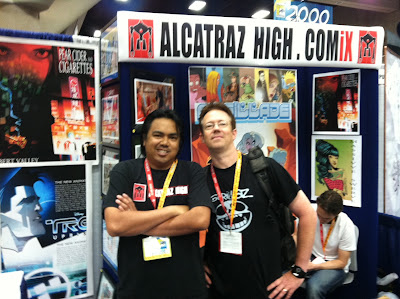 My buddy Ian Graham, director of Korra and my ex-roomate when I was an Assistant Director and Storyboard Artist for Avatar the Last Airbender! 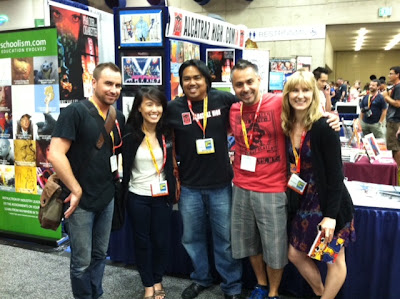 A little Avatar the Last Airbender reunion!  It was cool seeing the guys again!  G-Unit! 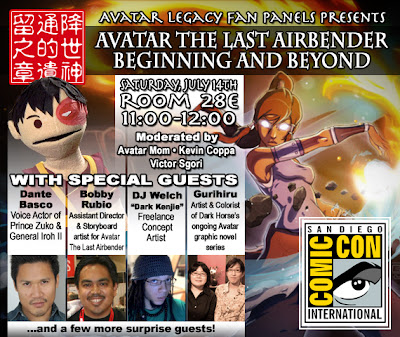 Speaking of Avatar the Last Airbender, another highlight of the Comic Con was being part of the Avatar Legacy Fan Panel.  I have to thank Avatar Mom for the invite!  And I have to thank all the talent who participated in the panel for making if fun and memorable and huge thank you to all the fans who showed up! 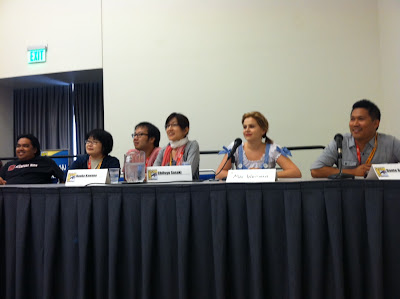 My wife took this shot of me (far left) at the Avatar panel. 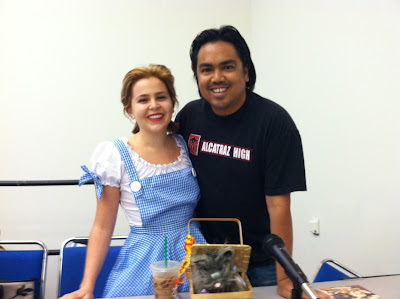 A pic of Mae Whitman, voice of Katara and I.  Loved her in "Scott Pilgrim" 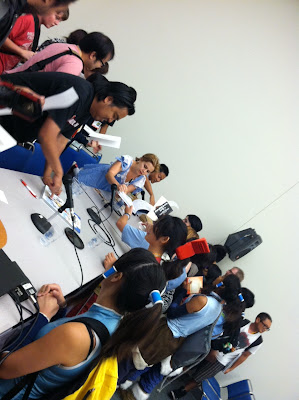 Signing autographs and meeting with fans after the fan panel! 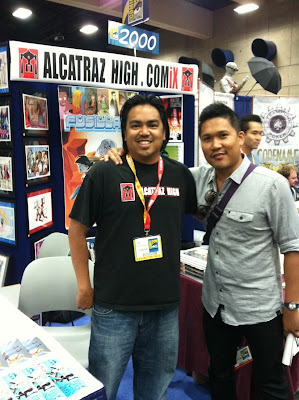 It's a Rubio and Rufio reunion!  Dante Basco, voice of Zuko and Lost Boy from "Hook", Rufio stops by the booth!  Someday we are gonna get our project DONE! 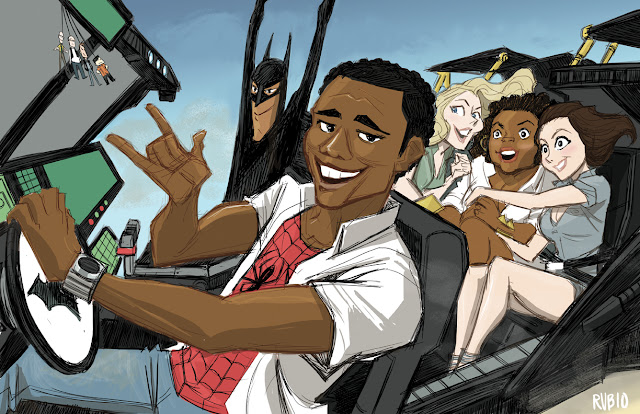 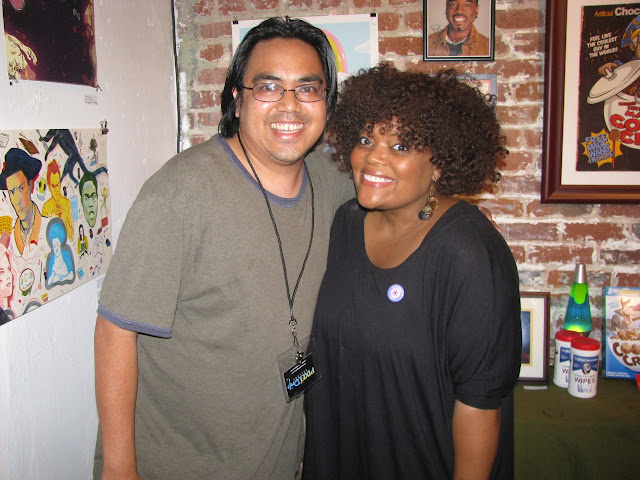 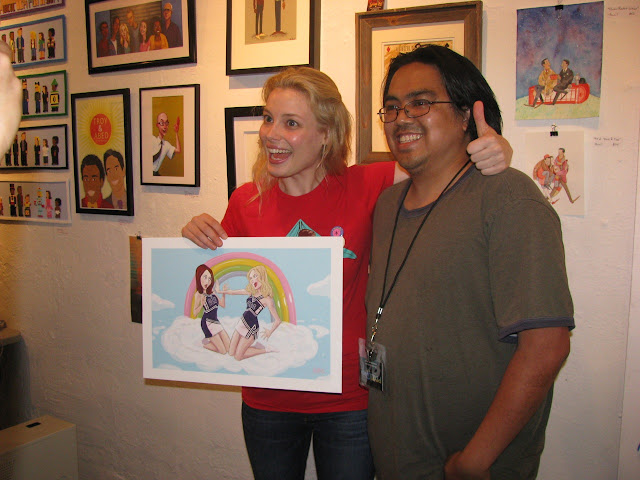 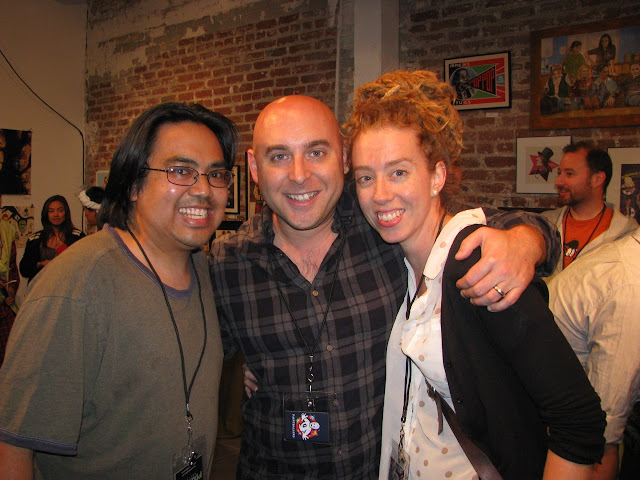 Got back from the Six Seasons And A Movie Art Show.  It was cool hanging out with friends and fans of the show.  I'm a huge fan of "Community" so you knowI had to participate!

bobbyrubio
Bay Area, California, United States
Bobby Rubio is a Story Artist at Pixar Animation Studios and the creator/artist of the independent comic "4 Gun Conclusion" and "Alcatraz High". Sometimes he goes by the alias, Barry Presh and can be followed at twitter.com/Bobby_Rubio